You can find structures in this underground world in order to gather more materials and survive, these structures include:
– Hostile Mob Dungeons

You start off in a 3×3 Cave Area; with only a Wooden Pickaxe and 32 sticks. The aim of the game is to get as much good stuff as possible from using the resources that this underground world offers you! It is also possible to get to the nether due to lava and water pools and you can also find the stronghold to battle the dragon.

This map has many structures to explore, including:
Hostile Mob Dungeons 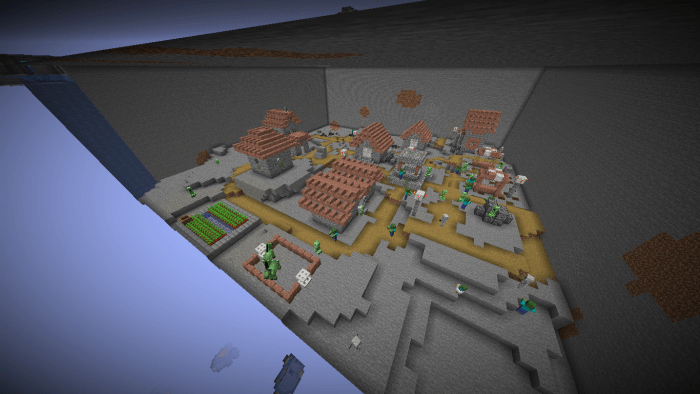 Please help support the PixelPlay Community for more free maps in the future!